Class D Amplifiers are great, but there are pros and cons to every amplifier. So, today let’s look at Class D Amplifier disadvantages so you can make an informed purchase decision.

I have received this question last week from Jonathan, who is a regular reader at Stereoauthority.com. Let me rephrase his question, “Can you explain, What is a class d amplifier” and “Class D Amplifier Disadvantages”.

As our world becomes more energy efficient, stereo systems are focusing more on class d amplifiers. However, Class D amplifiers are still not as accepted as they could be. Let’s look at what might be holding them back.

No doubt the designs of the past were more focused on class A, massive transformers and lots of capacitors and instantaneous amps. Sometimes exceeding 100. However, in our energy efficient world, we are moving towards class d amplifiers. Class D which does not seems to be obsessed with one on loads and high average.

Yet, Class D still has its critics.

You can easily find many articles and posts slamming class d amplifiers. Some people even call it “unmusical.“

Now let me explain my point of view. (I might have a lot of thoughts on this very topic.) To start, the journey for class D amplifiers started in 1958, and today they are most talked about amplifiers. It might be easiest to discuss how Class D amplifiers work, and this background information will let you understand the areas of Class D amps that are considered disadvantages. From there, you can decide what information is important to your buying decision.

What is a Class D Amplifier?

Class D is defined as analog, even though some people consider it digital. In fact, class D is something called “post rhythm modulation.” It basically means it works in a very efficient manner: an input signal comes in and it is compared to a rising amp.

Now, you may be thinking what is a rising amp?

Picture a voltage that has nothing to do with the input signal. I call it a triangle wave. Just picture a triangle, and that triangle is actually voltage rising from the bass of the triangle to the very peak of the triangle on a very linear ramp and then back down again.

Now we have this, a graph like a letter V, that is upside down in the graph. This triangle wave is going up, down, up, down and the process continues. Next, we have a device called a comparator. The comparator on one of its inputs, it compares two things. So in one input, the rising triangle wave is compared to the input voltage which is our musical signal.

As the musical signal is compared to this rising wave, what happens is, and this happens very quickly, in little windows, it is just the higher the reference, which is our triangle wave is to the input signal, with high input signal wave, it just stays on longer.

So, in order to duplicate the higher output signal which is our music, which we want at the end of the day, we have a longer pulse or a shorter pulse. And, these happen like every hundred thousands of a second.

Class D Compared to Other Amps

These larger and shorter pulses then have to have their edges taken off. So, this requires a filter on the output. Thus, when we wanted to shape the things with this filter, this is where we get into trouble with class D amplifiers. This is because this filter is a very difficult piece to design properly. It must be designed so it can power our speakers without changing impedance. Additionally, it needs to be done without mucking up the sound.

Discussion with a Manufacturer About Class D Amplifiers

Over the years, designers have spent hundreds of thousands of hours working specifically on designing these filters properly.

Recently, I was talking to a friend at an amplifier manufacturing unit, and he told me that basic class d modulators are the same as the ones their company introduced in the hybrid class D amplifiers. Years ago, they had their first class D amplifier in the market and it was a great sounding amplifier.

It used pretty much the same technology. In fact, the older work that was done is in the outer filter, and they were trying to linearize the output so that it has very low noise. You don’t see much, but it eliminates the switching on, off pulses that we have. These longer and shorter pulses are trying to eliminate those transitions because that can look like 100-kilohertz noise. So, that’s what most of the energy is going into.

Now, there are many modern class D amplifiers, designed by good companies. I like BNO company and they manufacture true class D amplifiers that sound awesome. They have a very neutral sound, and we can control the way these class d amplifiers sound. The sound is set by the input stage.

There is a long history where class D amplifiers sounded like crap – hard and flat – but it has changed now. So today, most big amplifier companies are manufacturing class D amplifiers, and they deliver some sweet, awesome music. Fortunately, engineers have figured out the way, and with latest designs what you will get is only quality and awesome sound.

So, I have explained in detail of how class D amplifiers work. We also had a brief glimpse into my discussion with a top manufacturer. The question I received was “what are Class D Amplifier disadvantages?” So, after writing this detailed article, I can firmly say that there are no major disadvantages of modern class D amplifiers.

Previously, there were some bad designs and poor models of class d amplifiers. However, thanks to the modern designs and motivated designers, things have changed. Now, you can fully appreciate the quality that these class D amplifiers deliver. Go ahead and buy one and enjoy the music in its real forms. Read this Car Amplifier Buying Guide for more details. 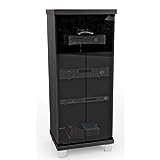 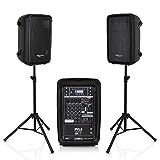