You might not have heard of James Murphy, but he’s right. As far as speakers are concerned, it’s not about being the biggest or the most powerful dog in the fight, it’s about performance and how they can adapt to, and be used to suit the listener’s preference.

Which means that it doesn’t matter how big or small a speaker is, or how much damage it will or won’t do to your pocketbook, as long as it does what it was designed to do and it does it well, regardless of the environment it’s being used in, then that’s all that matters.

And it needs to sound good too, but then that almost goes without saying doesn’t it?

Besides, we’ve always followed a similar system of belief as James Murphy, an artist that Rolling Stone referred to as a New Immortal and who has remixed everyone from Britney Spears to David Bowie.

As long as a speaker sounds good wherever you are, that’s all that any of us should care about. Sure, it used to be important to have a good subwoofer or the right pair of powered speakers, but the way that we listen to music has changed dramatically in the last decade, and the technology that speakers use had to evolve in order to accommodate the frantic pace of audio transformation.

Streaming and Bluetooth were the catalysts that made an entire generation rely on their smartphones to store and play their music libraries, and made the MP3 player and iPod as redundant as they had made the CD player before them, Unless you’re a dedicated audiophile, the chances that you’ll actually own a record player, cassette deck (because tapes, like vinyl before them have bounced back and became a favorite format and carrier of choice among the old school diehards again) or stereo are slim to non-existent.

That means that the only kind of speaker system that’s really going to deliver the punch and performance that you’re looking for and want has to be Bluetooth enabled.

And if you’re looking for a speaker that’ll drag you kicking and screaming into the digital age and put a smile a mile wide on your face while it’s pulling you into the twenty-first century, then the first name on your list should be Anker.

Anker is the self-styled leader in global charging technology and has been at the forefront of digital innovation and invention for the last decade.

Their continuing desire to always be at the front of the pack meant that they saw the need to design and create a reliable, easily portable Bluetooth speaker system, which led them to create Soundcore, their own in-house audio development team.

And true to form, Soundcore soon started to live up to the high expectation that Anker demanded, and began to produce the speaker that made believers out of us, and that we’ve been using for the last month and a half, the Soundcore 2. 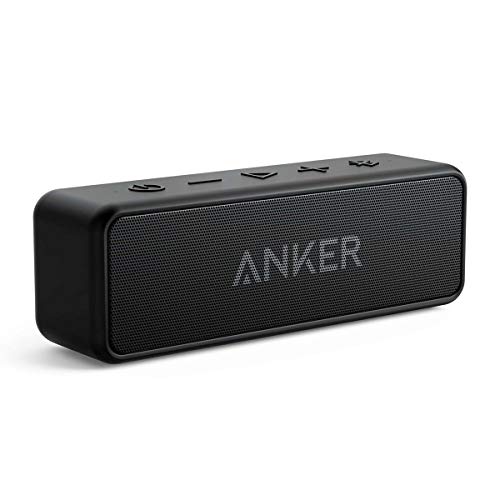 So let’s dive deep and explain why we love the Soundcore 2 and talk about some of the things that aren’t so great about the speaker, but that we can happily live with, as long as we can keep turning the volume up and listening to Three Dog Night, Taylor Swift and Waterparks in all of their raw glory regardless of where we are. 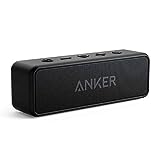 Given how powerful this speaker is, we expected it to be a lot bigger than it actually is.  It’s just over six inches long and weighs just under thirteen ounces, which makes it one of the most portable and easy-to-carry Bluetooth speakers that we’ve stumbled across since we dove headlong into streaming.

One of the things that it took us a while to get used to was the way that the Soundcore 2 feels. It looks good, but the rubber skin that Anker has used to cover it can be a little off-putting and feel a little strange when you first start using it.

But, as with everything that Anker does, there’s a reason why the Soundcore 2 feels like it’s been dressed in a wetsuit.

The reason for the rubber outer skin that the Soundcore has been dressed up in is simple and straightforward. It’s to ensure that it’s waterproof and that the elements, weather, and a little accidental spillage won’t slow it down and ruin your day.

That strange skin makes sure that the Soundcore has an IPX7 waterproof rating, so it won’t be stopped by the rain, the snow, or by being dropped in the mud while you’re out and about.

It doesn’t mean that it’ll survive being dropped in a pool or a bath, but it should provide all the musical accompaniment that you’ll need to sing along with your favorite songs while you’re in the shower without missing a beat or pausing to catch its breath.

It’s All About The Power

No, we’re not talking about the charging capacity and battery life, we’ll get to that in a minute but before we do, we’re going to focus on the most important aspect of any speaker.

How loud and clear it is, and how far you can turn the volume up before things start to get messy and begin to sound distorted.

The good news is that you can turn the Soundcore all the way up, and thanks to its midrange balance, whatever it is that you’re listening to won’t disappear in a wall of unwanted bass-heavy distortion and fuzz.

And while twelve watts of output doesn’t sound like it’ll fulfill your need to get loud, the two separate drivers that the Soundcore uses to deliver every single bit of the volume that it’s capable of generating ensure that the sound remains crisp and clear, even when it’s turned all the way up to ten, or if you subscribe to the Spinal Tap school of volume control, when it pushes through the sound barrier and hits eleven.

The Soundcore 2 takes around three hours to fully charge, which increases slightly if you’re using it at the same time as you’re charging it.  While you’re charging the speaker, the power light will remain red, and will then turn white when the battery is full and the speaker is ready to be unplugged.

When it runs low on juice, the Soundcore’s power light will start to flash red, which makes it easy to keep track of when you do, and you don’t need to think about plugging it in to add a little extra fuel to its long-lasting tank.

And while we’re on the subject of its long-lasting battery, when it is fully charged,  Anker claims that the Soundcore should provide you with twenty-four hours of solid, uninterrupted playback before you need to plug it in again.

We thought that we’d test that claim out, and discovered that Anker had actually undersold the performance of Soundcore, as the battery on our speaker lasted for almost twenty-six hours before the red light started flashing.

Pairing is simple, and as soon as the Anker is switched on, all you need to do is find the speaker in the settings of the device that you want to connect it to, hit pair (or connect if you’re using an Android phone), and your smartphone, tablet or laptop and the Soundcore 2 will do the rest.

Then there’s the Bluetooth range, which for a speaker this size is frankly staggering. Again, Anker claims the effective connectivity range is twenty meters, but if there’s a clear line of sight, it’s actually closer to twenty-five, and at a push thirty.

Anker also makes a slightly big deal out of the fact that the Soundcore uses something that they call BassUp to increase the dynamic range of the bass that the speaker can generate, but the definition of bass that their engineers use must differ from the one that we were raised on and are accustomed to.

If you like your music drenched in bass, then the Soundcore might not be the speaker that you’re looking for, as it seems determined to remain in midrange territory and refuses to leave it no matter how hard you try to encourage it to leave its comfort zone.

It’s a minor niggle and a tiny chink in the Soundcore’s otherwise bulletproof armor but it’s probably enough to give fervent bassheads pause for thought.

As we’ve already said, after a month and a half of living with the Soundcore, we’ve been converted to the Anker cause.

It’s a simple to use, inexpensive, reliable Bluetooth speaker that you can easily take anywhere, has enough power and performance to satisfy even the most demanding music fan, won’t let you down when you need it the most, and even comes with a year-long warranty.

What more could you want from a Bluetooth speaker that costs less than fifty dollars? 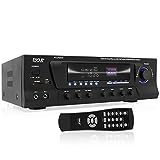 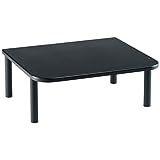 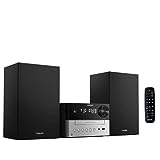